THREE THINGS YOU NEED TO KNOW ABOUT NUTS AND SEEDS 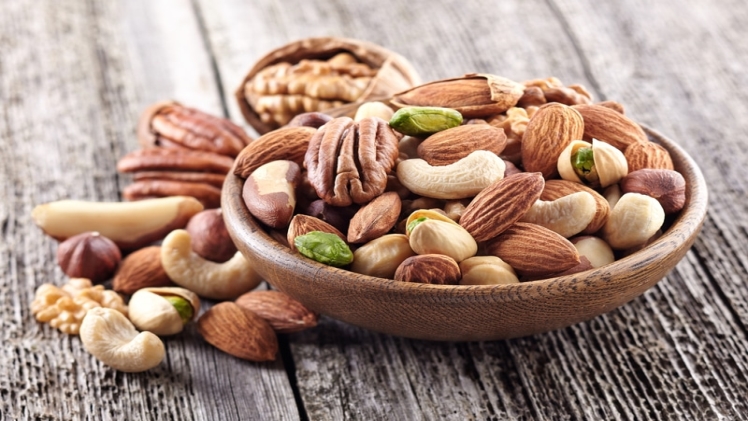 Nuts Look Like a Miracle Food In February 2013, one of the largest dietary clinical trials ever published showed that eating fat could protect you from heart attacks and strokes. How did the researchers find this out? By making people add nuts and olive oil to their diets.

Those in the nut group were told to eat a large handful of walnuts, almonds, and hazelnuts daily, in addition to the standard Mediterranean diet. The other Mediterranean group was instructed to consume a liter of olive oil each week. The trial was designed to run for many years, but it was stopped early, after just five years, because the benefits of eating nuts and olive oil became so clearly enormous it would have been unethical to force the control group to stay on the low-fat diet!

Those who ate nuts every day reduced their risk of having a heart attack by 30 percent. Any drug that could produce that effect would be a blockbuster. In fact, eating nuts slashed the risk of a heart attack as much as taking a statin—but without any of the side effects (or expense).

In later studies that further analyzed the PREDIMED data, scientists found that compared to the low-fat diet group, the subjects who ate nuts lost more belly fat and had greater reductions in blood pressure, LDL cholesterol, and inflammation.

Another clinical trial published in the journal BMJ Open in 2014 compared people assigned to eat a low-fat vegan diet with a group of people who were instructed to eat a high-fat vegan diet that included nuts, avocados, and olive oil. The group that consumed more nuts and other high- fat foods lost more weight and saw greater improvements in their cholesterol and other heart disease risk factors.