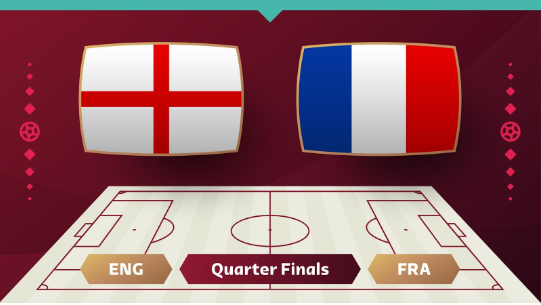 England is ready to face off against France in the FIFA World Cup 2022 quarterfinals. Kylian Mbappe vs. Kyle Walker is set to be the prime focus of the game.

The FIFA World Cup 2022 has entered its quarterfinals phase, and everyone expects the games to be enthralling. As expected, some of the biggest names in the football circuit will be battling it out during the stage.

One of these battles that every football fan is looking forward to is Mbappe vs. Walker as well as England vs. France. As England gets ready to take on France, the favorites to win the World Cup, they must devise a plan to stop the skilled forward.

In the past few years, Mbappe has been talked about in the same way as Messi and Ronaldo. While the latter two are facing the repercussions of getting older, Mbappe is slowly reaching his peak.

France’s MF Youssouf Fofana is also confident that Mbappe will prove to be lethal against the Frenchmen. The statement by Fofana was brought up during an interview with Kyle Walker, England’s defender.

Fofana had previously stated that if Walker knows how to stop Mbappe, good for the team. However, 19 other teams in Ligue 1 have also been looking for a solution. The truth will be revealed on the field, and everyone has complete faith in Kylian Mbappe.

Neither Mbappe nor Walker have released any statements on the topic. But fans would not have to wait for long to see who comes out on top in the World Cup. The game is set to take place on Saturday, December 10, at 19:00 GMT.

As for the possible starting lineups, here is how the teams can enter the much-awaited game:

Here is how the teams have performed in the FIFA World Cup Qatar 2022 and previous matches so far: