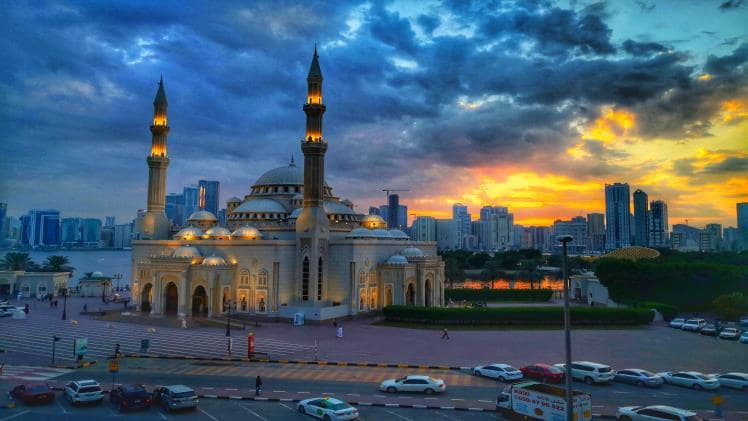 Rightly called the “Pearl of the Gulf” Sharjah is the third largest Emirates sharing borders with the picturesque Arabian Sea and the Gulf of Oman.

Often overshadowed by the pomp of prosperity of its neighbouring cities, Dubai and Abu Dhabi, Sharjah is no lesser than any other cosmopolitan in the country.

The city is also easily accessible by air from any corner of the world quickly through flights with Etihad, Emirates and more. Moreover, numerous Sharjah hotels are available throughout the city, perfect to suit all your needs during your stay. With a wide range of fun activities and marvellous places of attractions, you will never be left worrying about “what to do” in the city.

Here is our top 5 list of things you should not miss doing on your trip to Sharjah.

Sharjah Museum of Islamic Civilization is the most iconic cultural landmark in the Emirates, spanning over seven galleries spread across two vast levels. The museum’s expansive collection of over 5,000 artefacts and precious pieces of ancient Arabic history speaks for itself. Galleries on the upper floor provide a well-documented, chronological view of the Islamic world of arts and crafts, from textiles to jewellery and more.

More objects of importance on other aspects of the Islamic faith and their achievements can be found on the lower floors. Conveniently located north of the Heart of Sharjah, on the Corniche, the architecture of the museum itself is to be marvelled at. The intricate mosaic details inside the central dome, with fine details of zodiac constellations, look magical at any time of the day.

Another landmark destination in Sharjah is the kilometre-long canal, Al Qasba, which is always abuzz with activities for families, young and adults alike. During peak seasons, visitors can enjoy traditional street performances and more. Children are free to play around the music fountain and have fun by themselves. At the same time, busy parents can unwind in one of the several cafes that line the canal, easily supervising kids while having a good time.

If you are looking to have a more immersive Sharjah experience, go for an abra ride in the waters while sightseeing, or hire electric water karts and bikes to roam about the premises easily. Al Qasba is best toured on foot and is easily accessible via boat through a scenic route from Al Noor Island.

Standing tall and firm on top of the emerald island of Khalid Lagoon is Sharjah’s favourite and very own Al Montazah Parks. The amusement park has been active for years, garnering trust and support as one of the first adventure parks in the country. The Al Montazah Park also has two more exciting parks within its walls – Island of Legends and Pearls Kingdom.

The magical land of Al Montazah, with the Pearls Kingdom dedicated to water rides and the Island of Legends for other open-air attractions, make your way through the Sea of Treasures, The King’s Palace, Flying Carpet Mystery River, and more as you discover all hidden secrets of this wonderful amusements park with your family and children.

Sharjah Aquarium is a pioneer of educational aquariums in the UAE, spread over 6,500 square metres as 2 massive floors with over 20 aquariums within ti premises and more than 150 species of aquatic wildlife.

Flanked by both the Arabian Sea and the Gulf of Oman, Sharjah has a unique connection with water. Take a deep dive into the sea, observing all kinds of fishes and reptiles, from jellyfish to sea rays, sharks to eels and more, under the immersive tunnel, allowing you to talk directly through the water as fishes float past you.

Al Noor Island, which first opened its doors to the public relatively recently in 2015, has already become one of the most sought-after attractions for tourists visiting the country, and for all the good reasons. The Al Noor island is the perfect nature getaway for those yearning for greenery along picturesque seaside boardwalks.

Butterfly House, as the name suggests, is a beautiful attraction for the kids, as they get to run around chasing butterflies, learning more about them while playing and having fun. Similarly, bibliophiles can grab a book, head towards the Literature Pavilion, and stay immersed in their book for hours while surrounded by modern architecture without losing the essence of being in a haven, a quiet retreat away from the hustle and bustle of the city.

Why Palm Jumeirah is the Perfect Place to Invest in Luxury Real Estate?